American Rifle Company has decided to recall all receiver wrenches sold for use with the Nucleus bolt action and John Hancock rifles. The reason for the recall is that improper use of the wrench can damage the receiver. The damage does NOT cause a safety issue, but it does prevent insertion of the bolt assembly into the receiver.

Even though the wrench can be used successfully if used as recommended, American Rifle Company believes that the margin for error is too small and thus finds it necessary to recall the wrenches.

The recalled wrench can be easily identified. It is marked with the following:

The head of the recalled wrench is also different from that of the new wrench as depicted below. 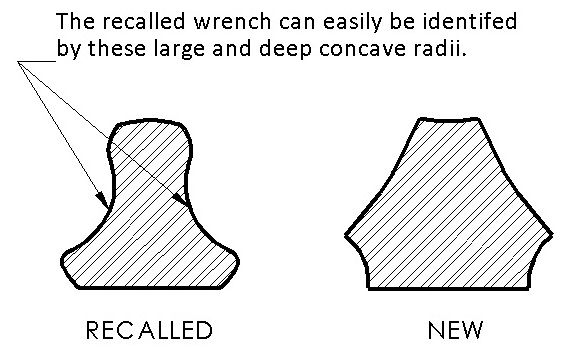 Please ship us your old wrench along with a note indicating your return address and American Rifle Company will send a replacement wrench to you.

We apologize for inconveniencing you with this and we remain committed to earning your continued business support and most importantly, your trust. Thank you.

Sincerely,
All at American Rifle Company